skip to main | skip to sidebar
DISCLAIMER (Let's get this out of the way NOW): This is a blog of opinions (mine), observations (also mine) and ideas (you got it, mine!).

If for any reason you see, read or hallucinate something on this page that UPSETS, ENRAGES, DISGUSTS, or otherwise OFFENDS you, move your cursor (that's the little arrow looking thing that moves when you move your mouse) up to the Tool Bar of your Browser and click on "BACK". As in "Don't come BACK."

Names may or may not be changed to protect the ignorant, depending upon my mood at the time.

I am an adult and I use adult language. If this offends you, don't read my fucking blog.

I hold NO RESPONSIBILITY for any actions, thoughts, feelings or other real or imagined phenomenon which you feel, think or imagine to have occurred as a result of the content of this page.

(Yes, it's a bit wordy. Go pee, pack a lunch, grab a fresh beer, whatever. Print it out and read it on the commode. Come on, if nothing else you know it will be entertaining.

This post is predominately about the math and my opinion. One can't be disputed and the other is well, not subjective as true or false.

The math that too many people are too lazy, ignorant, apathetic or have blind-faith in Dictator DeWine to do themselves and certainly never published or reported by the Main Stream Media, tells a somewhat less frightening story than the Columbus Commandant projects the raw numbers to be.

Yes, any number of deaths are, of course tragic but, deaths happen every day. And these numbers don't dictate shutting down an economy that was doing great right up until the severe over-reaction of governors across the United States.

Little A. Dolph down there in Columbus loves throwing the numbers out there, as they grow, in a dramatic, "Oh-woe-is-me" fashion, wringing his hands and declaring how bad everything is turning out and how he "has to" do these terrible things and wishes he didn't.

He claims not to be trying to scare people. That's bullshit. That's exactly what he tries to and succeeds in doing. He's acting as if the scenarios in the horribly off-target models (yes, plural) he and Dr. Inanimate Amy used back in March and April to scare the hell out of everybody, is what's happening now.

He is reacting to the real numbers as if they were the catastrophic predictions of the failed models. Remember the "100,000 new cases per day" that Dr. Cut-n-Run Acton predicted in the beginning? Yet, 4 or 5 months later we haven't even got a running-total of 100K!

WHAT HE SHOULD BE DOING is reversing his horrible abomination of a plan and open everything up with RECOMMENDATIONS. NOT MANDATES with threats of fines and arrests.

WHAT EVERYONE ELSE SHOULD DO is stop being the fucking bullies that you decry in any other situation. Wear a face covering if you think it helps but, give others the same freedom of choice not to without the self-righteous bullshit. Just keep your distance if it's such a frightening thing to you. You're supposed to be doing that anyway.

Those numbers Master Mike spews from his craggy maw look completely different when given in terms of percentages.

And in statistics, those are the important numbers. Statistic analysis is all about breaking down the big scary numbers into meaningful, useful data and getting a clearer picture of the situation.

A grand running-total of 0.6% of Ohio's population have had the virus over the the entire time they've been tracking the Covid cases. Since what, Feb. or Mar.? That percentage is the same whether using the confirmed cases (68,175) or "Total" cases (72,280) which includes "CDC Expanded Case Definition" (read Bullshit) whatever the fuck that means.

Only 13% - 14% of "cases" have been hospitalized, depending on whether you use Confirmed or Total Cases. That's .08% of the population.

Using only the Confirmed Cases for the denominator, 4.2% - 4.6% of cases have resulted in deaths, depending on whether you use the Confirmed Deaths or the "CDC Expanded Death Definition" for the numerator. Those percentages drop of course if you use the "CDC Expanded Case Definition" for the denominator. That is 0.025% - 0.027% OF THE STATE'S POPULATION. 25/1000 to 27/1000 of ONE PERCENT.

All these percentages, of course, are based on the numbers they're telling us. Which there are many reports of inflated numbers of both cases and of deaths.

Concerning cases, there are many stories out there of people who never completed testing, but were notified of positive results. They had filled out the paperwork, then decided it was taking too long (I've heard 2 to 3 hours in a lot of scenarios) so they left without actually having been swabbed (or "nose-raped" as one of my friends calls it). Are they all true stories? I don't know. They certainly sound plausible when I've heard them. Are some true and others not? Again, I don't know, but with the government involved, how sure are you either way?

The number of deaths has undoubtedly been inflated. There are just way too many of these stories, many by healthcare workers directly involved. People having tested positive, even if asymptomatic, who died from OBVIOUSLY other causes such as vehicle accidents or some other pre-existing terminal illness where the Covid was NOT an actual contributing factor. Some of these stories have even made the MSM.

So look, whether you think I'm crazy or worse, I hope at the very least you will take it upon yourself to look a little deeper than what the Governor, Dr.'s paid by tax dollars and the MSM tell you to believe. If you NEVER question authority, you can be lead around like sheep and never know you're entering the slaughter house.
Posted by Dan O. at 7:06 AM 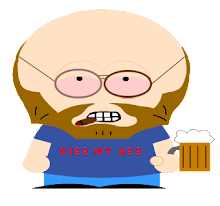 A Com-Post is where I use what was to be a comment on someone else's blog and it ended up being long enough for a post on my own blog.
Why waste my witty, insightful prose on someone else's blog, when mine is in such need of content?
Full linkage and credit to original Blog and Post are always included.